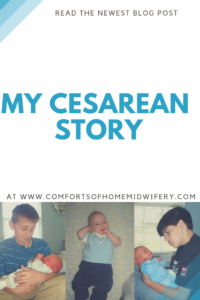 April is Cesarean Awareness Month.  As a Cesarean mom, this is a topic near to my heart. While Cesareans are overdone in the United States, it can be a very necessary and life saving surgery. As many as 1/3 of American women undergo major surgery to birth their babies every year. You can read more on this topic in my previous post Is a VBAC Right for You?

Today I wanted to share with you my C-section story, a story of a very necessary Cesarean.

While my csection was over 10 years ago, my story starts before that. I was born with and had life long bladder and kidney issues. Pregnancy seemed to aggravate those issues. With my first two pregnancies, the issues were more minor such as recurrent urinary tract infections. This was my third pregnancy. In hind sight, I probably had a silent kidney infection for about 4 months. Little things were going on that was easy to write off. My back pain could be contributed to normal pregnancy stuff. This time was harder because it was my first plus sized pregnancy. I couldn’t lay on my back because the baby was pressing on things. Then I had blood in my urine one day about a week before my due date. My midwife checked it out and everything appeared normal, so she said that it could just be the baby kicking my bladder too hard.

The following Sunday, I woke to the most horrible pain on my left side. I was two days away from my due date, so I spent some time trying to make sure that it wasn’t some weird labor pain. I took at least 2 warm baths while trying to find ways to ease the pain. After 4 hours of being in tears from the pain, I called my midwife and told her that something was wrong and I thought I needed to go to the hospital. We met her up at the hospital where they did bloodwork, a urine culture, and an ultrasound. The kidney infection was immediately diagnosed as being pretty extreme. I was also passing a kidney stone and had at least one more visible. I was admitted to the postpartum wing and placed on IV antibiotics and pain killers.

At first, I was trying to convince them to give me something to be able to go home. I had planned a homebirth and wanted to keep that plan and come back to let them do whatever was necessary to my kidneys. The medical team which consisted of an obstetrician, a urologist, and several residents did not go for that idea, but were willing to work with me to try to keep my birth as natural as possible. We worked to manage my pain with as low of dosage of Demerol as possible. It kept me pretty doped up though and was barely aware of my surroundings. The antibiotics were so strong that they had to monitor the levels in my blood and my liver function every 12 hours.

On Tuesday, two full days after the pain began, I finally passed a 1 centimeter kidney stone. After that, they decided to move me to the labor and delivery ward to see if we could get labor started. My blood pressure was starting to creep up, so I was placed on a magnesium sulfate IV in addition to the antibiotics. Before the magnesium, I was able to get up to use the bathroom, but was pretty out of it other than that. I just laid there all day unless someone came to see me or tried to call me. I did not even try to watch tv. I found out later that when people did call, I would drop off from talking and then pick back up later in the conversation like I had still been talking but it was all in my mind. My kids came that night to visit me. They told me later, that I had frightened them with my inability to focus on the conversation.

The next morning, the OB came to check on me. I was dilated to one centimeter, the same as every check so far. He decided to use a Cervidil suppository to soften my cervix and try to get labor started. Sometime that afternoon, I was switched from Demoral to Stadol. I started hallucinating with the change. I told Parker’s dad about how the buildings were riding on swings. My midwife called to check on me and I told her that there were pink bunnies hopping through daisies. The hallucinations scared me. I felt like something was seriously wrong and everyone was patronizing me about them.

When the OB came back for evening rounds, I had not had any contractions and was still 1centimeter. At that point, he inquired further into my medical history. I reminded him that I had a cryosurgery and LEEP done on my cervix about 10 years prior due to some precancerous cells. Those facts had been overlooked when I was admitted. So the OB decided that we should use more Cervidil and try to manually break up my scar tissue. This procedure was extremely painful.

Despite all the painkillers, my pain levels kept increasing that night. I barely slept between the pain and the thought that I was dying nagging at my brain. When the OB came in for rounds the next morning, there was still no change in my cervix and I had not had any contractions. He suggested that it was now time to do a Csection. He was becoming concerned with how sick I was becoming and the fact that my body was not responding to the Cervidil. He did not think trying to induce with Pitocin was in my best interest. After spending the night thinking that I was dying, I was ready to get that baby out.

I called Parker’s dad who was already on his way. My midwife and her student arrived shortly after I called them. I was prepped for surgery where I delivered a beautiful 7 pound little boy. I had to stay on the magnesium for another 24 hours. Once it was turned off, I finally started to feel human again.

The birth of my baby was what was necessary for me to start getting better. I got to go home on Sunday, one week after I arrived. Over the next year, I underwent lots of testing on my kidneys. I had three surgical procedures done, two outpatient and one inpatient. I was also advised not to get pregnant again as pregnancy is just too hard on my kidneys.

I didn’t get my Homebirth.  As a midwife, I could have felt like I was a failure for that.  I have really had to accept that my Cesarean was necessary for the health and survival of myself and my baby.  I am thankful for the existence of hospitals and obstetricians, as they can be very necessary.  I became a midwife, so that I could assist women with lower risk pregnancies for when hospitals and obstetricians are not necessary.

Have you had a Csection?  Know that you are not alone.  Are you interested in avoiding a Csection?  Or would you like to find out if a VBAC is the right option for you.  Contact me for more information. 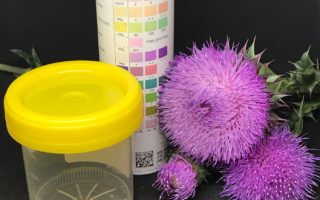 Tools of the Trade – Urine Specimen 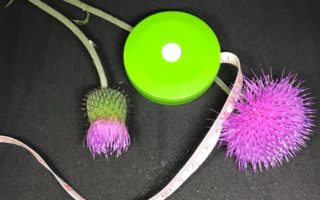 Tools of the Trade – Tape Measure 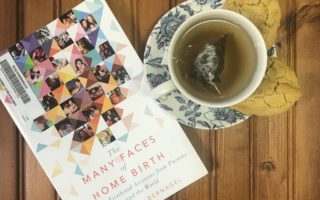 Book Review – The Many Faces of Home Birth