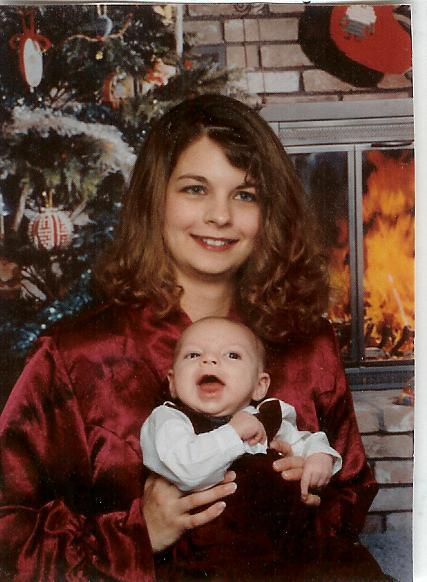 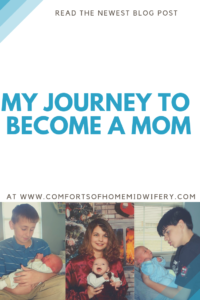 My oldest son was born when I was 18.  I lived in a small town in the middle of the California desert.  While I knew of home birth and midwives because of my mom’s experiences, we were at least 2 1/2 hours from the nearest one.  We had only two obstetricians locally. Both were older men with terrible bedside manner.  I picked the one that was the father of a friend.

I had bad morning, scratch that, all day sickness until half way through my pregnancy.  Everything made me sick.  Peppermint made me sick.  It was fun to brush my teeth to get the puke taste out to only have the toothpaste make me puke more.  Once that finally went away, I felt pretty good and other than the baby moving in my belly, I did not feel pregnant.

About 6 weeks before my due date, my blood pressure started creeping up.   I got advised against eating the Taco Bell food where I worked.  When I went in to my next visit, my blood pressure was high enough that I was not allowed to go home.  The nurse wheeled me two buildings over to the hospital where I was admitted for a week.  I was put on a 1200 calories and 1000g sodium diet as well as blood pressure and anti-seizure pills.  My mom was the only one allowed to visit me and I was not even allowed to have a telephone in my room.

After a week of this, I was allowed to go home.  I was still on strict bedrest, the crappy diet, and the medications.  A home health nurse came every day to check my weight, blood pressure, urine, and the baby’s heartbeat.  Trying to fit my diet into these parameters was very difficult.  I had to switch to mostly bland foods with no flavor.  2% milk became skim milk.  Puffed rice and corn were the only cereals aloud.  No sodium butter that wouldn’t spread was put on bread that was like sandpaper.  I could eat lots of fruits and vegetables, but couldn’t use the salad dressings that I liked on them.

At the end of the third week of this, my blood pressure and the protein in my urine were back up.  The home health nurse checked in with the doctor who wanted me admitted again.

Admission to the Hospital

Late Friday afternoon, I was admitted to the hospital for monitoring again.  First thing Saturday morning, I was moved to a room where they did a stress test on me.  I was hooked up to a low dose of Pitocin to see if my son could handle contractions.  He did fine, but my blood pressure didn’t like it.  My OB was going to be out of town the following day, but said that we might try an induction when he got back on Sunday.  My mom informed me several days later that she was told that if I didn’t go into labor while he was gone, he planned on doing a Csection when he got back.

The Birth of My Son

Fortunately, I had my first contraction around 3 am Sunday morning.  It was enough to wake me up, but nothing followed.  My mom came by after church to check on me.  I told her about my contraction, so she decided to come back after lunch.  By the time that she got back, I was having contractions fairly regularly.  We played cards while she timed my contractions.  We kept this up until I could no longer concentrate on the cards.  I got on my hands and knees on the bed while my mom rubbed my hips during contractions.  The nurse came in for rounds at shift change and heard me saying “Ow” pretty loudly with my contraction.  She checked me and I was dilated to 7 centimeters.  I went in to use the bathroom, and my mucus plug came out.

By this point, I was feeling the need to poop, but couldn’t.  I had read the pregnancy books about how they used to give enemas as soon as you got to the hospital in labor, but how they didn’t do that routinely anymore.  When my nurse came back, I told her that I might need that enema after all.  She told me that I was probably just feeling pressure from the baby’s head.   She also recommended some pain meds.  I felt like I was coping fine, but being really young, I felt like the nurse was an authority figure.  I decided that if she recommended than I must really need it.

I was given Demerol for the pain.  I don’t really feel like it helped the pain.  It just made me too stoned to be on my hands and knees anymore.  It did shut me up though.  I could only quietly moan through my contractions.  At this point, I got moved from my room to the pretty birthing room that they had decorated with flowery curtains to try to make the place more homey.  Things became less focused at this point.  I remember my mom on one side of me and the nurse on the other.  They were talking over me about something random.  I felt like the only thing that they should be talking about was me.  I turned to my mom and told her to shut up.  The nurse commented, “Someone must be in transition.”

My stepdad stopped by to check on how things were going.  He rubbed my feet for me, which felt really nice.  Well until he stayed in one spot too long.  I wiggled my foot to try to get him to rub in a different spot.  He thought I was asking him to stop though.  Not long after my former sister-in-law and a friend dropped by. They were in the hospital visiting a friend and stopped by to check on me.  They somehow all ended up being there still when I gave birth.

At some point, I announced that I needed to push.  The nurse checked me and I was fully dilated.  The rest of the crew came in to cover me in drapes and get me ready for the doctor.  He came in as I was starting to get yell “Ow” loudly again.  He ordered the nurse to give me more Demoral.  I started having people yell at me to push from all over the room.  As I was pushing, the feeling like I needed to poop became overwhelming.  At first, I was embarrassed that I might be pooping in front of  a room full of people.  The feeling became so intense that I no longer cared.  In my head, I began pushing as if I was pooping instead of to push a baby out.  When his head came out, there was an instant feeling of a relief.  There was still a dull feeling of needing to poop still, so I pooped out his shoulders.  He was immediately whisked away to the other side of the room while they cleaned him up, weighed, and examined up.  Eman William was born October 8 at 9:40pm weighing in at 8 pounds even.

I was given my son to hold, but as I was still loopy from the Demerol, I didn’t get to hold him long.  My parents went home since I kept nodding off.  The nurses took Eman to the nursery, where I did not get to see him again until sometime the next morning.  I continued to doze waking periodically wondering where my baby was and thinking that I should be nursing him.  I was moved back to my previous room sometime in the middle of the night.  When I finally did get a chance to breastfeed the next day,  Eman and I struggled with great issues due to the drugs that were still in our system.

I came away from my birth dissatisfied.  While I didn’t feel like it was a terrible or traumatic birth, I really did not like how the Demerol effected me or my son.  After witnessing my brother being born at home, I knew that a better birth experience could be had.  This was definitely a catalyst in my search for more as in told in Why I Became a Midwife.  What led to your interest in home birth? 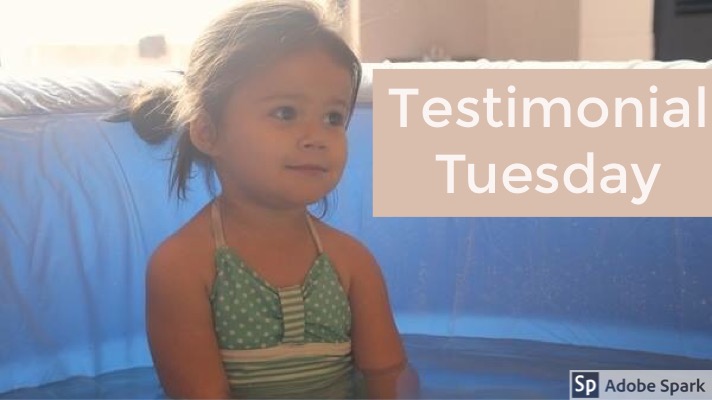 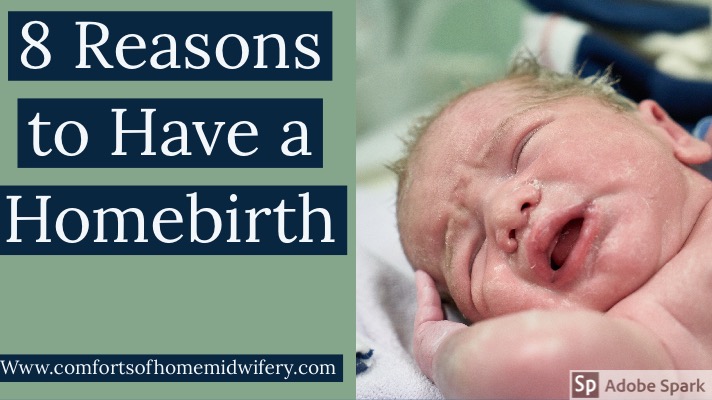 8 Reasons to Have a Homebirth

Should My Children Be Present at My Birth?