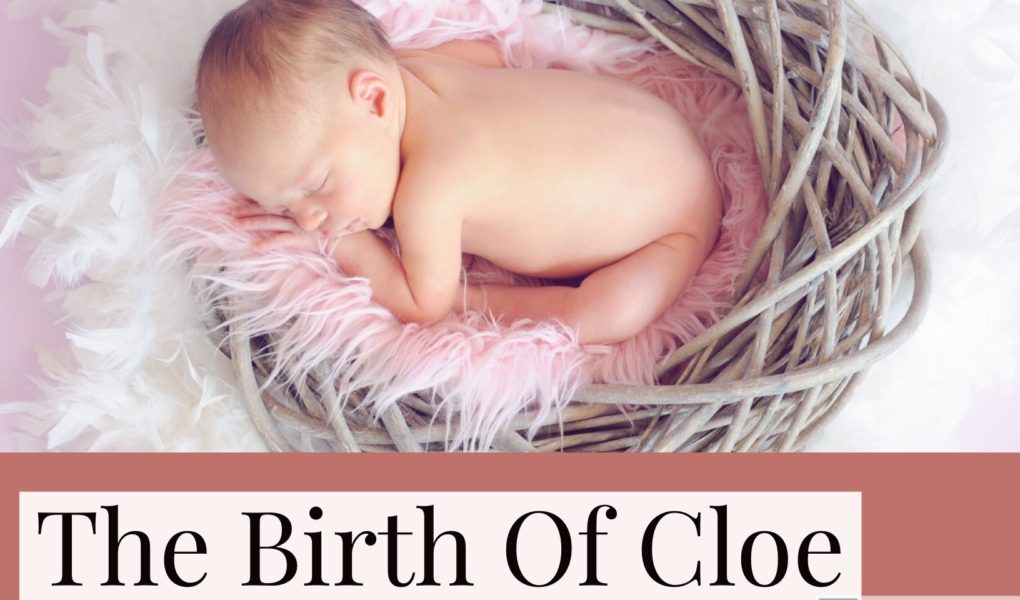 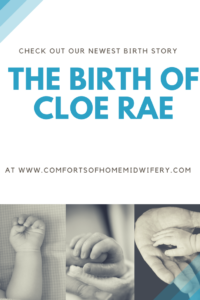 This was preceded by 8 months and 3 weeks of pregnancy symptoms that shifted every two weeks. From fatigue, to a misaligned pelvis, I had every typical pregnancy symptom in the book and was kindly guided by Mercy through all the mixed feelings, raging hormones, and the excitement that led me to my first day with my little peanut.
The most notable of these were the beginning signs of preeclampsia and an iron deficiency that she identified early. I believe in taking responsibility for your own health, and she gave me the tools to do just that. I am convinced that without her guidance and care, I would have possibly been induced at that appointment and given a blood transfusion of which I would not have wanted to consent to, but that would have been coerced by doctors who would have identified me as an uncooperative patient. I was able to use her advice to help myself and my daughter.
Three weeks before my due date, I started having very irregular contractions that completely wore me out! I was afraid to go anywhere those TWO WEEKS for fear I would pop, or crash my car, or have someone call an ambulance that would take me to the butcher shop which most people call a hospital. No thank you. Mercy answered the phone EVERY TIME, so when active labor started, she was there in less than an hour. That’s when the fun began.

For the next 8 hours, life was pretty grueling. I stood on my feet for most of the contractions with my spine straightened out, and I walked around. I drank as much as I could, and I may have eaten, I don’t remember. I actually kind of enjoyed this part. If you love REALLY spicy food, or you love to train to your body’s limit, you can understand. The feeling when you have intense, but tolerable, pain that subsides releases the same endorphins as coffee, ‘runner’s high,’ and the same endorphins as people with addictions get when a fix is given. I love runner’s high, and that is what I got. But better!
When she checked me, I was around 9cm dilated and kept running off to the bathroom, so we figured it might be time to push. I then changed into the maternity dress I got just for this purpose. It looked like ‘Mother’s Dress’ from the Cat in the Hat, hehehe, but it had green polka-dots. I was pretty excited about that. It made for a nice distraction right before pushing and lightened the mood quite a bit.

Then came the not-so-much-fun part. Pushing is awful. But, the endorphins helped keep me in high spirits, and the supportive environment of my husband, Mercy, and Stef feeding me water and blue sugary drink was NECESSARY. I can’t stress that enough. I was so ready to quit, but the kind of encouragement I got WAS the deciding factor in pushing through. My husband and Stef were pushing my legs as I was pushing the baby out. Can you imagine that? I had never seen anything like it before my own labor. Wow. It helped so much. My husband was just as sweaty and gross as I was through most of the labor. At one point Stef and my husband were each holding a hand of mine and I just about knocked their heads together. What a spectacle I was. I was sleep deprived, physically exhausted, and just wanted a nap. To top this off, Chloe decided that she wanted to see the world first thing when she popped out and flipped over to a posterior position. I had been doing inversions for a few weeks and everything else in my power to keep her flipped anterior. I had bent her to my will. Then I got distracted pushing her out and wasn’t paying attention. She flipped back over. Oh well. Her head molded nicely. She came out in all of two pushes and tore me up something terrible. And SWOOSH! A wave of amniotic fluid drenched poor Mercy, and she had to finish delivering my placenta, suture me up, and stop my hemorrhaging before she could change. At least I think that is how it happened, I heard no complaints and was treated with the utmost dignity and respect through one of the most vulnerable feeling times of my life.
My baby looked like a conehead when I first held her. She looked bloody and messy and cried and cried, but she was so beautiful, and her voice was so sweet, and she took to nursing like a fish to water. She smiled at me on day one, in her sleep like babies do. She was holding her head up on day 2 which was a benefit of a natural birth that I did not know of or expect. She was rolling over to her side at day 4. She slept cuddled up next to me or in my arms, and still does. At two months, she is smiling at me and babbling on and on about the most important baby stuff she can think of, and I feel right as rain 2 months after my 7 lb. 15oz baby joined our family.