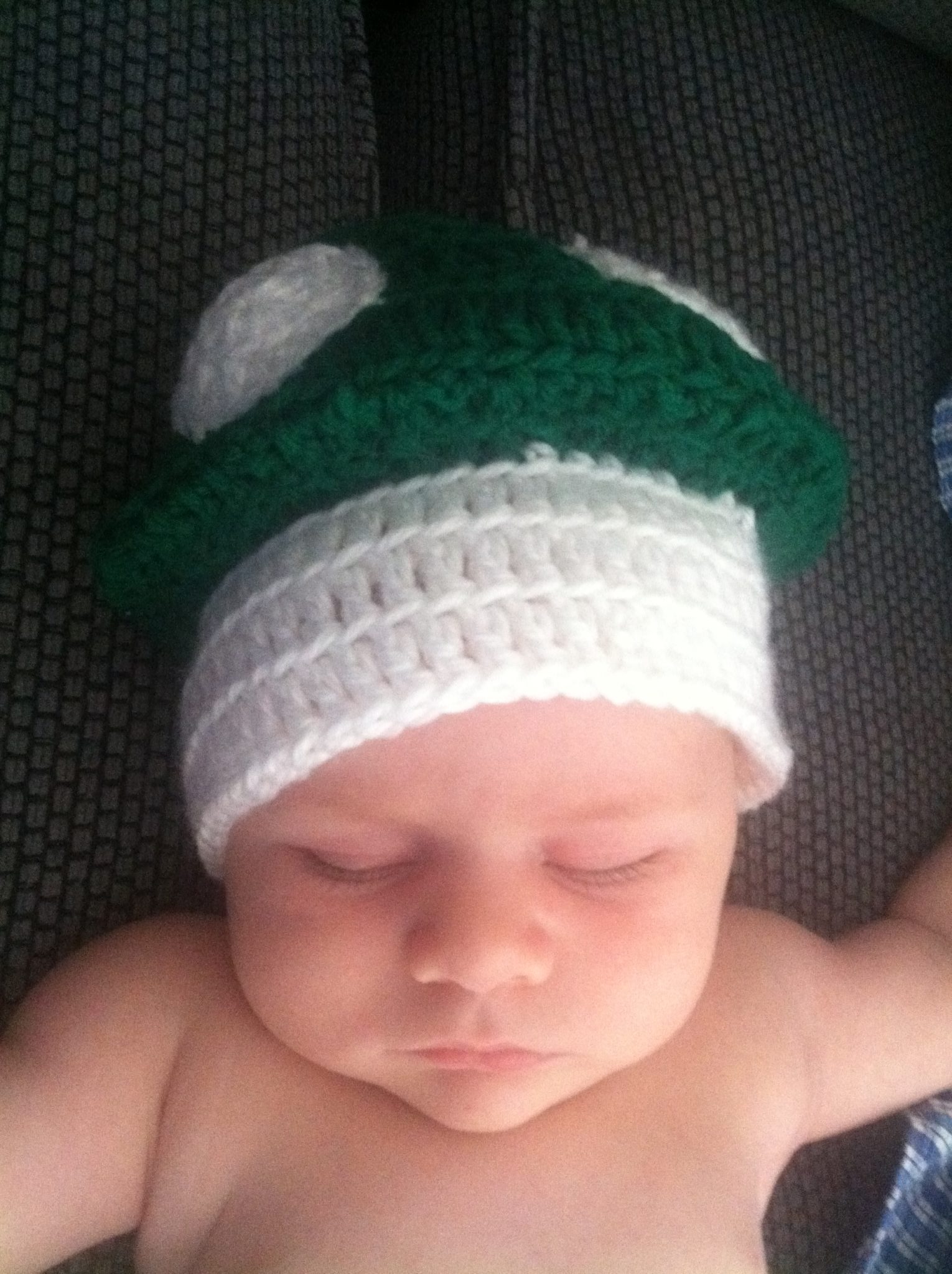 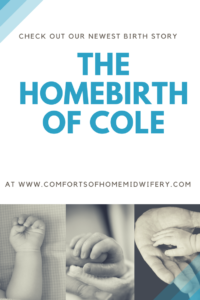 It started on Friday, April 5th at about 4-430 am. I was being awoken by contractions, but tried to go back to sleep after them since I had been having false starts all week. By 5am, I gave up and went into the living room. Micah woke up and checked on me, but I told him to go back to sleep so he can have energy in case this was the real deal. He got up about 6 and called in to work at 630ish saying he was staying home with me and the baby was coming. At about 7am, we called Mercy saying this was it and please come. Since we picked the worse time to go into labor, it took her about two hours to get here thanks to rush hour, Texas traffic. Then the waiting game started. We watched about half of Les Mis and the whole first season of Sherlock. I napped a bit between contractions.

My favorite moment during the “down-time” of labor was when Mercy had her hands on my belly and informed me I was having a contraction, but I wasn’t feeling it at all. So while I was telling her about them approx every 5 minutes, I was really having two or more during that time.  After lunch, Mercy and Pam (her assistant) told us to go for a walk. It was hot and horrible, much like having to walk while in labor with Eva was. We nade it about two laps at the park and went back upstairs. There were some more boring contractions, followed by some exciting contractions where Mercy told me it’s okay to stop talking during them if they are bad. It felt to me that if I was talking through them, they didn’t hurt as much, but apparently I wasn’t speaking very well at that point. I also came up with the idea of chocolate laxative pot brownies during this time. I don’t remember how it came up, but there you go.

Then I started pushing. The sun had already gone down and I was a.) tired and b.) pissed that this labor was taking so much longer than Eva’s did. (For point of reference, from waters being broken to birth of Eva was about 4 hours) My water still hadn’t broken naturally so far and I was getting frustrated. I don’t know how long I was pushing, but it was probably about an hour. I was on my hands and knees on my sofa. Finally, I feel a trickle. My water broke. Thank God. Everything started happening and I started to get even more angry because I was getting tired, but the contractions were close enough where I felt like I wasn’t able to rest in-between.

I then announced that I was done pushing. I wanted to go to the hospital. “I’m not pushing anymore” I believe I yelled whilst pushing. Mercy said “Fine, Okay. Let’s go! Put your skirt on and we will go” so I stood up and lifted my leg to put my skirt on. “They won’t give me an epidural will they?” “Nope,” she said “They won’t. Not with her head that fair down and almost out” So I squatted down on the floor, and in about three pushes, she was out.

I reached down and scooped her up and held her to my chest. Then I had to moment of relief that the baby was out, followed by “Wait… What did I just see?” So I pulled her back and…

My baby girl was not a girl. A boy. A baby boy. April fools to me! I had to keep checking because I couldn’t believe it. I thought maybe I had lost it from being so tired. I’m pretty sure  I had Mercy look for me to make sure I was actually seeing a penis.